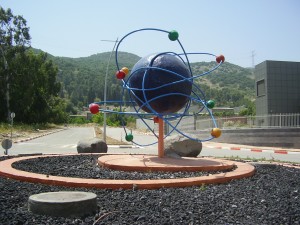 Even if the difference is a few percentage points, the amounts are quite large. In 2014, for example, Israel’s national income totaled NIS 927 billion. One percent of this was NIS 9.27 billion. Had the workers’ share remained the same as it was in 2004 – that is 61% (and not 57% as it was in 2014), workers as a whole would have received in 2014 NIS 37.08 billion more in salary. If we divide that sum by the number of persons in the labor force in 2014 – approximately 3.8 million (including soldiers in compulsory and professional service; not including foreign workers) – we will find that for that year, each worker would have received, on average, an annual addition of NIS 9815, or about NIS 818 per month. However, the addition went to employers, not to workers.

Additional findings of the report:

· Among low-wage earners were to be found 35% of women workers, 30.9% of Arab workers, 36.1% of workers lacking matriculation diplomas, and 26.9% of workers who were immigrants from the former Soviet Union.

· In 2014, the average monthly salary bill of top executives of the 25 largest corporations traded on the Tel Aviv Stock Exchange was NIS 417,000, lower than that of 2013. Still it was 44 times the average salary of Israeli workers and 97 times the minimum wage.

Behind the continuing decline in the workers’ share of the national income is the weakening of their bargaining power vis-à-vis employers and the government, which is itself a large employer. The bargaining power of workers has become weaker first and foremost due to the decline in union membership. Following are a number of figures based on research and analysis of the Central Bureau of Statistics Social Survey.

· In Israel, the decline in union membership has been especially rapid: in 2000, 45% of workers were unionized. Six years later, in 2006, the percentage had declined to 34%, and approximately half of the workforce was covered by collective labor agreements. Six years later, in 2012, only 25% of workers were union members and only 30% were covered by collective labor agreements.

· High unionization rates can be found in the following industries: water and electricity (86%), education (52%), and public administration (46%). These sectors still remain primarily in public hands. In the private sector, unionization rates are much lower, between 5% and 13% in services, food services, trade and construction. In banking, insurance and financial services, about one-third of workers are unionized. The lowest unionization figures are to be found among contract workers, whose employment mode makes it almost impossible to unionize them.

· High unionization rates are characteristic of academic occupations – 42.3%, and professional and technical occupations, including teachers – 34.1%. High unionization rates also characterize highly educated full-time workers receiving high pay. This can be seen as evidence of the connection between unionization and good jobs and high salaries; the other side of the coin is, of course, the difficulty of organizing workers at the bottom of the salary scale.

In recent years, since about 2008, Israel has witnessed a new wave of unionization. This is the result of the emergence of a new labor union – Koah LaOvdim – and of new unionization initiatives on the part of the General Histadrut and the National Histadrut. This may signal a change in the two-decade old trend of declining unionization, especially in the private sector.

Below are additional findings from the report:

· In the private sector – in the areas of telecommunications, media, insurance and transportation;

· Among contracted workers and non-governmental providers of social services;

It should be noted that anti-unionism is the norm among employers, who use a variety of means to hamper unionization initiatives, among others, delaying tactics in negotiations with workers, fragmentation of the bargaining unit to make organization harder, and harassment of leaders. Steve Adler, past president of the National Labor Court, noted that “in Israel as in the United States there has emerged an industry of experts in frustrating unionization efforts.”

Workers, Employers and the Distribution of Israel\'s National 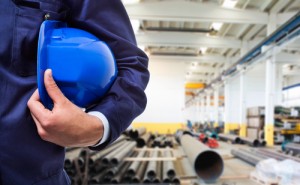 Worker in front of a production site

Workers, Employers and the Distribution of National Income 2011