The decision to engage in gender budgeting was made more than seven years ago, but it will take more time and the overcoming of numerous challenges along the way before full implementation actually occurs

Gender budgeting is a praxis that strives to mainstream the needs, life experiences and preferences of women into fiscal and other economic decision-making. Since the budget is the main instrument of policy for both the central government and local authorities, gender budgeting is a most useful tool for exposing patterns of gender inequality in official policy. The aim of gender budgeting, then, is to increase gender equality and close the gaps between women and men in access to public resources and services.

To promote the notion of gender budgeting, in the spirit of initiatives taken in other countries, the Women’s Budget Forum, under the leadership of Adva Center, was active between 2004 and 2012. At its height, the Forum included 35 Jewish and Arab feminist organizations. This ad-hoc coalition’s unique model of action combined the experiences of its member organizations in community action work with research and advocacy. The work of the Forum was based on feminist commitment, understanding of women’s needs through actual field work, solidarity among member organizations and efforts to ever expand the circle of persuaded; the work also involved spreading the idea of gender budgeting through the mass and social media, convincing (especially but not only) female politicians and government officials of its importance, convincing other social action organizations of the same and joining international cooperative actions.

In October 2014, the central government of Israel took a momentous decision: henceforth, all government ministries were to engage in gender budgeting. This did not come out of the blue, but rather only after the ground had been laid by social advocacy organizations and after female politicians worked to promote the idea, first and foremost MK Aliza Lavie, who headed the Knesset Committee on the Status of Women, as a representative of the Yesh Atid party – the same party that held the position of Minister of Finance. Additional partnerships were formed with government officials, foremost among them Yael Mevorach, who then served as Deputy Director of Budgets at the Ministry of Finance. As such, Mevorach also served as the chair of a committee set up to examine the possibility of mandating gender budgeting in central government ministries. This background information clarifies the importance of women’s representation in decision making and the connection between representation and action.

The decision to engage in gender budgeting was made more than seven years ago, but it will take more time and the overcoming of numerous challenges along the way before full implementation actually occurs. Thus, the task of feminist organizations is still relevant: we need to “stand guard” – oversee the process and suggest alternatives when relevant, in order to promote a feminist economic agenda. 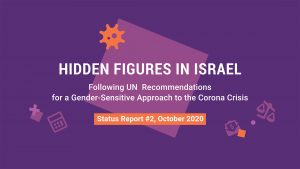 Hidden Figures in Israel: A Gender-Sensitive Approach to the Corona Crisis 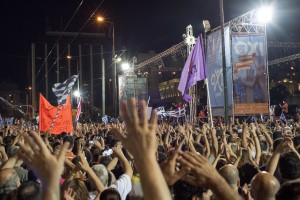 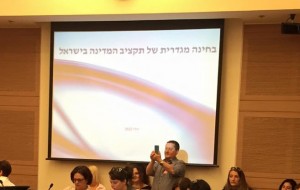