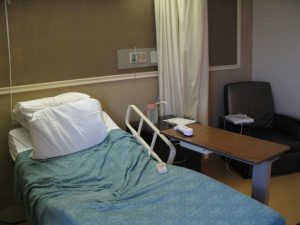 Israelis stood on their balconies to cheer and thank the medical teams in the hospitals who diligently cared for corona patients. It was a beautiful, heartwarming gesture. Now, this show of appreciation should be translated into improving working conditions in the hospitals

Let’s begin with a well-known fact: there are not enough hospital beds. The number of acute care hospital beds in Israel is lower than the OECD average and even lower than that in countries with public healthcare systems similar to the Israeli one. The shortage is even more severe in the north and south of the country.

In 2016, there were about 2.2 acute care hospital beds per 1,000 persons in Israel. Even after adjusting for the younger age structure of the population relative to other countries, the number of acute care hospital beds rises to 2.5 per 1,000 persons, but is still lower than the OECD average of 3.6 and much lower than the ratio in countries with public healthcare systems similar to the Israeli model (Belgium, Germany, the Netherlands, and Switzerland, and to a lesser extent also France). In these countries, the average is 4.4 beds per 1,000 persons.

Not surprisingly, the shortage in hospital beds results in high occupancy rates (average of 94%) which are significantly higher than average occupancy rates in the OECD — 75%.

length of hospital stay in Israel is short: an average of 5.2 days vs. 6.7 days in OECD countries and 6.2 days in the countries with similar healthcare systems.

We all know how these figures impact the patients´ experiences – many lay in the corridors instead of in rooms, with no shred of privacy, and they are often discharged from the hospital while they are still in need of care.

What about the medical teams?

A recent survey commissioned by the Ministry of Health about burnout among medical teams found that hospital staff persons suffered higher rates of burnout than other medical teams.

The survey ranked burnout levels on a scale of 7 and defined results of over 3 as high. Nurses reported a burnout level of 3.5, specialists – 3.5, interns – 3.9, and residents – 4.3, significantly above the desired threshold. Despite random news reports about the plight of medical residents, they reported the highest burnout levels, and their working conditions have yet to improve: they work 24-26 hour shifts, juggling numerous responsibilities.

The Ministry of Health has been asking for an addition of NIS 3-5 billion for public hospitals for a long time. If funds are not granted, then medical staff will continue to burn out and patients will continue to receive care that is under par.

The data presented here are but the tip of the iceberg. Other examples include the sharp decline in the ratio of physicians to population, which was once one of the highest in the world, to second from the bottom among OECD countries. This is also the case for nursing school graduates, indicating that the current shortage in nurses will grow in the coming years. Furthermore, about a half of Israeli doctors are over 55 years of age (compared with an average of 34% in OECD countries).

The future of medicine in Israel seems grim. The healthcare system needs more than cheers and a mass outpouring of gratitude. It needs public pressure for a cure – in terms of funding and with regard to the organization of the public hospitals array in Israel. It also requires a change in the higher education system, so that young Israelis who wish to pursue careers in medicine have an opportunity to study in Israel and so that more young men and women go on to study nursing. 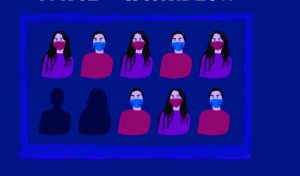