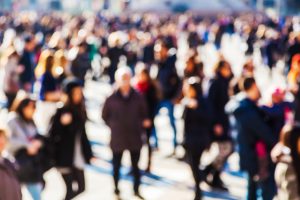 The “economic miracle” of which the government boasts is relevant mainly for a minority of Israelis, whose achievements raise the general average

An Economic Miracle for the Few
Prime Minister Netanyahu boasts about what he calls “the economic miracle of Israel.”

Dr. Shlomo Swirski, co-author of the report, contends that “the economic miracle of which the government boasts is relevant mainly for a minority of Israelis, whose achievements raise the general average. A real miracle will occur if and when Israel jettisons its policy of budget austerity and limited responsibility in favor of a balanced economic growth that benefits the general public. Dependence on the private sector with hi-tech at its head as the engine that will pull the whole economy forward has no basis in reality. The research and development centers that multi-nationals established here are interested mainly in “milking” the ability of Israelis; the present supply of educated manpower is sufficient for them and they have no incentive to expand the limits of the “start-up nation” located in Tel Aviv and its environs.”

Economic Growth
The Israeli economy did experience growth; however that growth was based to a great extent on an increase in private consumption – car imports, for example – which it can be assumed reflected the demands of the upper income deciles and led to their upgrading their own standard of living. The other side of the coin is the expansion of employment serving, usually at low wages, the increasing consumption of the upper income deciles, like saleswomen, waitresses, security officers, and the like.

“Let Them Go Out and Work” – and They Did
As Minister of Finance, Binyamin Netanyahu was responsible for widespread cuts in social security, under the slogan, “Let them go out and work.” The cuts, together with various programs designed to encourage employment, did indeed push many people into the job market. Between 2000 and 2016, the number of bread winners in households in the bottom income decile grew by 58%, in the second lowest, by 73%, in the third, by 45% and in the fourth, by 35%.

From the perspective of the new bread winners, there is much to be said for being in the job market, as living from work is considered more respectable than living from social security payments. However, the addition of more bread winners, even if it did increase household income, did not lead to a significant change in the distribution of income. Many of the new bread winners found workplaces hiring on a part-time basis paying low wages. In some instances this was done at a high social cost, for example, for men and women working at exhausting jobs in which they experience burnout.

Tell me How Much You Earn and I’ll Tell You Where You Came From
The recent improvement in salaries is more notable among women than among men. Between 2000 and 2015, the percentage of women earning more than the average wage increased from 18.6% to 25.9%, while for men the increase was from 37.7% to 43.9%.

Ethiopian Israeli and Arab women were at the bottom of the salary scale, with averages of NIS 5,376 and NIS 6,004, respectively.

And There are Some Who Forego Even Food
The economic situation of some Israelis is so dire that they are forced to forego the most basic of human needs: food. The proportion foregoing food grows with declining income: in 2013, 38.5% of persons of 20 or older in the lowest income bracket (households earning on average up to 2,000 per person) reported foregoing food.

Income Gaps are Higher after Retirement
In 2016, 25% of Israeli households headed by persons aged 25-54, most of them in the lower income deciles, were not saving for retirement. That same year, the average income from pensions of the top income decile of households headed by persons aged 68 and above was NIS 14,822. That was 25 times higher than the income of households in the third decile – NIS 562.

Only One-Third of the Cohort Goes to College
Looking at the cohort that graduated from high school in 2008, we find that only 79.2% of the age cohort was enrolled in the last year of high school leading to matriculation. That year only 44.4% of the age cohort passed their exams. Among those who passed, some had diplomas that did not entitle them to admission to institutions of higher learning. The result: only 32.4% of persons who were 17 years old in 2008 entered a university or an academic college by 2016 – 8 years after they graduated from high school.

Most Israelis Cannot Purchase an Apartment in High-Demand Areas
For 60% of Israelis, purchasing an apartment in areas of high demand without significant capital of their own results in a lowering of their standard of living, due to high monthly mortgage payments.

Health Has Become a Financial Matter
Private health insurance has become a huge financial bonanza: household expenditure on private health insurance (of both the health funds and insurance companies) and users’ fees for medications and treatments amounted to NIS 4.6 billion (2016 prices) in 2000; in 2016 the amount more than doubled to NIS 13 billion. One could argue that this is a tax just like the health tax paid to the National Insurance Institute (in 2016 the National Insurance Institute collected NIS 21.9 billion). However, in contrast to the health tax, which provides universal care, the tax paid by purchasers of private health insurance benefits only those who can pay more.

Civilian expenditures include, among others, monies designed to assist households and individuals in times of distress, like old age and disability pensions, services for infants, the elderly and the disabled, and tax benefits. In 2016, civilian expenditures in Israel amounted to 16.1% of GDP, compared with the average of 21% in OECD countries.