The report shows that in 2010 there was a small increase in the income of most Israeli households, bringing their income back to its 2008 level. It also reveals that at the same time, inequality continued to grow. The report features developments over the past year as well as over the past decade.

The report shows that in 2010 there was a small increase in the income of most Israeli households, bringing their income back to its 2008 level. It also reveals that at the same time, inequality continued to grow. The report features developments over the past year as well as over the past decade.

The most significant changes in 2010 were firstly, a 10 percent increase in the income of households in the top income percentile and an increase of 30 percent in the average salary bill for senior executives in the 25 largest corporations on the Tel Aviv Stock Exchange.

Following are the major findings:

·         The tip of the income pyramid is distancing itself from the rest. In the course of the last decade – 2000-2010 –  the annual income of most Israeli households, including the top income decile (excluding the top one percentile), increased, if at all, by no more than a few percentages.  In contrast, the average income of households in the top percentile – the top one percent – increased by 19 percent.

·         The increase in the income of households in the top percentile is the result, among others, of the large increase in the salaries of the stratum of senior managers. Among the corporations included in the “Tel Aviv 25” – the 25 largest companies on the Tel Aviv Stock Exchange — the cost of the salaries of senior executives grew by 142 percent between 2000 and 2010.

·         Income figures for the last decade belie the promise of the political leadership, according to which economic growth will “in the end” benefit everyone. In 2010, Israel’s Gross Domestic Product was 36 percent higher than in 2000, but the only incomes that grew significantly as a consequence were those of households in the top percentile  – at the rate of 19 percent.

·         In 2010, the average income of households in all income brackets (deciles) saw increases; in most cases they returned to the level of 2008 – before the global financial crisis. The largest relative increase was found among the five lowest income deciles – among which the greatest losses occurred in 2009.

·         Looking at the whole decade, we find that the largest percentage increase in incomes was experienced by households in the top income decile. Between 2000 and 2010, their incomes grew by an average of 3.7 percent, or NIS 1,682. As mentioned above, that increase stems mainly from the growth in the incomes of households in the top one percentile.

·         In 2010, the middle class grew somewhat, after reaching a low the previous year. Its size relative to other households in Israel grew from 26.6 percent to 27.8 percent, and its share of total household income also grew somewhat – from 20.5 percent to 21.3 percent.

·         The Israeli education system has still not broken through the 50 percent barrier with regard to success in the matriculation exams. In 2010, the success rate among high school seniors was 48.3 percent. Similar success rates were achieved at the beginning of the decade, but they subsequently underwent decline.

·         Among persons graduating high school in 2002, only 33.8 percent had begun studying in Israeli universities or academic colleges by 2010. Below are additional figures regarding the percentage of high school graduates enrolling in institutes of higher learning in Israel within eight years of graduation:

The authors of the report attribute the increase in inequality demonstrated by the figures to the socio-economic policies instituted over the past three decades, guided by an ideology designating the private sector as the sole engine of economic growth, and the state as an entity with downsized functions and reduced budgets.  These policies did indeed strengthen the private sector. Thus, the government cut back its own outlays in order to avoid competition over capital, and it privatized retirement savings plans in order to provide corporate credit. It reduced corporate taxes to attract foreign corporations.  These steps were taken under the assumption that economic growth in the private sector would be sufficient to provide for all needs that might arise.

However, the strengthening of the private sector did not lead to economic growth benefiting all Israelis. Corporate groups seek to maximize profits, and such opportunities are to be found in very few sectors of the economy, in very few parts of the country, and they involve only a small proportion of the total labor force.

The authors of the report contend that economic growth is too important to entrust to the private sector alone. Israeli society also needs public and state initiatives, in order to reduce the large inequalities that have developed, as well as to compensate for the damage done to social services and social security over the last decade. Further, this would ensure that in the future the majority of Israelis — rather than just a small minority — benefit from economic growth.

The report also mentions that Israel’s ability to maintain steady economic growth in the long run is adversely affected by the absence of a political agreement with the Palestinians. In the course of the last decade, while GDP per capita in the countries of East Asia and Eastern Europe experienced high growth rates – for example an annual average of 9.6 percent in China and 4.1 percent in Poland, while in Israel GDP per capita grew by an annual average of no higher than 1.6 percent. This low rate of economic growth was due to the Second Intifada, during which the GDP not only failed to grow, but actually declined. While the rich countries of the world, which Israel would like to resemble, also experienced low rates of economic growth, their GDP was much higher to begin with; if Israel is to catch up, it needs long-term economic stability. 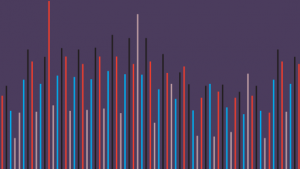