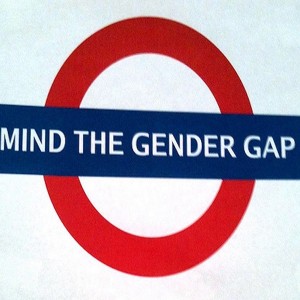 Lessons From Around the World

Since the middle of the 20th century, there has been a growing awareness of the importance of women’s participation in the labor market. Accordingly, supporting policies focused mainly on the ability of women to combine paid labor with traditional homemaking.

These policies were based on the model of “main breadwinner/main caregiver,” according to which men are the main providers while women are secondary providers and the main caregivers. It was the need for women’s labor that led to the development of policies to support working women: childcare frameworks, tax benefits to working mothers, paid maternity leave and protective labor legislation targeting women.

The policies supporting women’s labor force participation increased gender based occupational segregation in most countries, resulting in the concentration of women in the public sector, mainly in care and service occupations such as teaching, secretarial work, sales work, and nursing, as well as in part time jobs. The gender based occupational segregation and shorter working hours legitimized wage differences between men and women; thus they were not perceived as discriminatory or as a gender inequality issue.

In contrast, the last decade has been characterized by a growing understanding that the same policies that enabled the successful integration of women into paid labor created and reproduced gender segregation in the labor market, as well as gender pay gaps. Correspondingly, international organizations such as the OECD and the European Union focused their efforts on coping with gender occupational segregation and pay gaps. This required a thorough examination of gender pay gaps per month and per hour, in the private and the public sectors, by occupation and by economic sector. In addition, there emerged a critical examination of the influence of “women friendly” policies that boosted women’s labor force participation on women’s patterns of work and pay levels. The result was the realization that the “main breadwinner/main caregiver” model needs to be replaced by a “dual breadwinner/ dual caregiver” model. That is, labor policies need to support the integration of both parents in paid labor as well as in homemaking. New strategies were developed to meet this challenge: gender de-segregation policies, such as encouraging women to work in “male” professions and to a lesser extent efforts to integrate men into “female” occupations; incentives for men to play a larger role in child care; educational programs to cope with gender stereotypes and gender tracking of girls and boys from an early age.

Eradication of the gender pay gaps requires tackling the roots of the gender division of labor in the household and the labor market, a comprehensive and long term process. The experience accumulated over the last decade indicates it requires the cooperation of all parties involved in the labor market — the state, employers’ and workers’ organizations and civil society groups. Policies need to be diverse and to address different aspects of the gender division of labor — in the workplace, at home, patterns of education and professional training.

In this paper we review the main steps taken by different countries in the course of the last decade to narrow the gender pay gap and we discuss the lessons that can be learned from these efforts. Both the OECD and the European Union set a target of closing gender pay gaps for their member countries and are active on the issue. Most of the countries have established state organs to address gender pay gaps. The evidence presented in this paper in based mostly on the reports of the member countries of both organizations and on the studies on the topic conducted in those countries.

The task of reducing gender inequality is not new. However, the development of policies directly targeting the gender pay gap is a recent endeavor. This is the reason why it is still not possible to present clear-cut winning strategies. Follow up research and evaluation of the results of steps taken is still only partial. All the same, it is possible to indicate directions of what appears to be effective action and what seem to be good practices.

We divided strategies to narrow the gender pay gap into four categories:
The first category includes steps to expose the gender pay gaps and acknowledge them as a social problem. In this endeavor there has been significant progress — in the scope of data collection, promoting transparency, legislation requiring employers to collect and publish data about gender pay gaps or provide incentives to do so and voluntary tools such as the wage simulator.
The second category deals with the steps taken by actors in the labor market – workers, employers, and their respective organizations — to narrow gender pay gaps. These include initiatives designed to change occupational norms, such as flexible working hours, and relating to gender pay levels when negotiating and signing collective agreements or recruiting new employees.
The third category is about adapting welfare state benefits tailored for mothers to both parents so as to change the gender division of labor at home as well as at work. This includes establishing parental leave, expanding childcare frameworks, and offering tax and cash benefit for families. The overall concept is to develop a policy that allows a work-home balance for both working parents and encourages fathers to take more responsibility for child care.
The fourth category is about efforts to tackle gender de-segregation of the labor market in order to eliminate a major cause of gender pay gaps. Strategies include changing gender stereotypes and broadening the occupational choices of women and men from childhood, initiatives to train and recruit women to “male” professions and visa versa, and promoting women to senior positions.