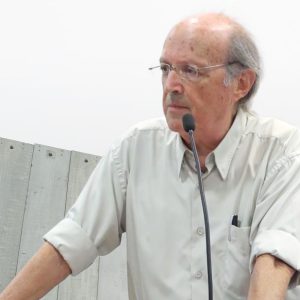 The longer military rule over millions of Palestinians persists, the less Israel will invest in education, health, and welfare

The hasty and rather under-reported deliberations on Israel’s 2019 state budget, approved by the Knesset on Thursday, present us with an opportunity to raise an important question: should the country stick to the policy of reducing public expenditures, especially social expenditures, relative to the rate of economic growth?

In the case of Israel, such stability is sorely needed, given the high political and military instability, represented most clearly in Palestinian resistance to the ongoing Israeli occupation. That instability is one of the main factors pushing successive Israeli administrations to adopt a highly cautious and conservative fiscal policy.

Put differently, Israel is willing to continue with the occupation even at the price of very low social expenditures.

Should we conclude that the only way to increase social expenditures is to increase the fiscal deficit and allow the national debt to grow? Of course not: one obvious way of doing this would be to raise direct taxes, which were cut drastically during the Second Intifada, back in 2003-2004, primarily to the benefit of high-income Israelis. Those cuts themselves were connected to the Israeli-Palestinian conflict.

A second way of increasing social expenditures would be to actively strive for an agreed political settlement with the Palestinians, so as to start moving toward political and economic stability.

Israel’s social expenditure as a percent of GDP last year was one of the lowest amongst members of the Organization for Economic Cooperation and Development (OECD), the club of the world’s most developed nations. Only Ireland is to be found below us. Furthermore, Israel ranks at the bottom or near bottom on social security expenditures and public investments in the economy. According to the Bank of Israel, those rankings testify to the difficulty the government faces when it comes to instituting policy measures aimed at ensuring long-term economic growth. In other words, low social expenditures weaken the ability of the state to advance sustainable development of all parts and sectors of Israeli society.

What is the reason for Israel’s low social expenditure?

In Israel, the most frequently heard answer is the neoliberal ideology of Prime Minister Benjamin Netanyahu, who from 2003-2004 also served as finance minister.

It is true that neoliberalism certainly plays a role, most obviously in the rhetoric that accompanied the long-term reduction of budget deficits and expenditure capping. But there is much more to it: the economy’s main financial problem is political-military instability. “Normal” countries face the ups and downs of “normal” business cycles. “Abnormal” countries face, in addition to those business cycles, political and military shocks.

Israel is a good example of such “abnormality.” While the age of “big” Middle East wars ended with the signing of the peace agreement with Egypt, new, low-intensity “rounds” of violent confrontations with the Palestinians still occur: two intifadas, four or five major conflicts in the Gaza Strip, and countless ongoing incidents. Each one of these “rounds” brings with it economic shocks. The Second Intifada, which coincided with the global dot-com crisis, led to two years of GDP contraction and three years of per capita GDP contraction. An IDF strategic evaluation defined the Palestinian conflict as the “most explosive” of Israel’s fronts.

Instability also affects Israel’s international credit rating, which, in turn, is highly influenced by the country’s debt to GDP ratio: the higher the ratio, the lower the rating. Political-military instability lowers the rating further, since it constitutes a clear threat to the country’s ability to repay its debt. Beyond that, a low credit rating raises the price (interest) a country has to pay on loans.

“The dictatorship of credit rating” obligates countries to do everything they can to improve their credit rating. The main way to do this is by lowering the fiscal deficit. In the Israeli case, reduction of budget deficits is intertwined with capping expenditures.

Israel’s Finance Ministry is well aware of all of this, and thus does everything in its powers to lower the country’s debt to GDP ratio. Back in 2004, as Israel’s debt began to decline after a three year rise — due to the fiscal and financial crisis brought about by the Second Intifada — the ministry noted with satisfaction that international credit rating agencies were impressed by the improvement in the geo-political situation “following Yasser Arafat’s death, the election of Abu Mazen to the post of head of the Palestinian Authority in democratic elections and the rising hopes following the Sharm a-Sheikh conference and the planned disengagement from the Gaza Strip.”

The Finance Ministry mentioned one additional cause for the improvement of Israel’s credit rating: “A well formulated economic agenda pursued by the administration.” This statement was not elaborated on further; one possibility is that it referred to the neoliberal nature of the various steps — mostly budget cuts — taken to put Israel’s finances in order during the intifada. The Reaganite/Thacherite neoliberal agenda arrived in Israel in 1985 in the context of an emergency stabilization plan, following the high inflation caused mainly by the Yom Kippur War in 1973. Since then, neoliberal thinking has guided the policies of every Israeli government.

Up to the Second Intifada, however, none had taken such drastic steps as those enacted by the Sharon government, in which Netanyahu served as finance minister. Netanyahu, the most gifted rhetorician of that doctrine, spoke of “the skinny guy,” meaning the business community, having to carry the burden of “the fat guy” — the public sector.

Is there an alternative to political-military instability? Of course there is: a Israeli-Palestinian political settlement. Obviously, this does not depend solely on Israel, but Israel presently holds most of the cards.

Is there a non-neoliberal way to deal with the instability? Of course there is. The Sharon government could have chosen not to cut direct taxes, which mainly benefitted the upper-middle and upper class. Interestingly, those cuts were at least in part motivated by the instability brought about by the intifada, as there was fear that it might instigate a wave of “relocation” to Silicon Valley, thus depleting the ranks of the Start-Up Nation.

The bottom line is that insufficient public funding of Israel’s social services is forcing families to make out-of-pocket payments for services they were supposed to receive free of charge. And given that some pockets are bigger than others, government under-funding is deepening even more the already steep inequality in Israel, which ranks among the steepest in the West.

This raises a number of questions. Should Israel go on decreasing its debt to GDP ratio, which at present is below the 60 percent benchmark set by the European Union? Isn’t the socio-economic price Israel pays for the continuing occupation too high? Are we willing to go on denying the Palestinians statehood at the price of low investment in health, education, and welfare?

price of occupationThe Burden of the Israeli-Palestinian Conflict