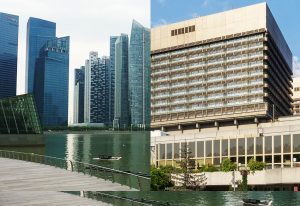 It is ironic: Benjamin Netanyahu, Finance Minister between 2003 and 2005, dealt a major blow to social service budgets in Israel, justifying the move with an unflattering comparison of the public and business sectors (unflattering to the public sector). The same Netanyahu, now Prime Minister, positions himself as the head of the public system – the core of which is the public healthcare system — that dealt effectively with the corona crisis.

There is poetic justice in Netanyahu’s jealousy of the formidable attention the media gave – with good reason – to the heads of the public healthcare system, who in spite of prolonged fiscal austerity, stood up to the challenge of the Covid-19 virus to professionally lead the public to safety and instill new behavioral norms. Following that attention, Netanyahu forced himself on Israel’s three TV channels with daily primetime appearances, backgrounded by lead representatives of the public sector.

No one reminds him of his accountability for the implementation of an austerity policy that lowered public expenditure in Israel to a record low of 34.2% of GDP — one of the lowest rates among OECD countries. All under the guise of the neoliberal contention that there is a huge schism between the business and the public sectors: between a dynamic, efficient, growing and growth-inducing business sector and a passive, bureaucratic, stagnant, obese public sector.

This dichotomy is quite popular among economists embracing a model of the market as composed of corporations and individuals working to maximize profit. In the words of economist Branko Milanović, it is a market in which each individual functions as a profit center, while the government´s role is to provide services — defense, healthcare, education, and social security.

Over the years, the relative position of the different sectors has changed. During World War II and the following decades, the public sector held the reins and dictated production policies and profit margins to the business sector. The public sector also built massive armies and led the war effort, reconstruction efforts following the war, and the establishment of a social welfare system.

Then came the reactionaries: Ronald Reagan, Margaret Thatcher and Milton Friedman, whose goal was to place private corporations on center stage and clip the state’s – specifically the welfare state’s – wings. They exploited the vulnerable position of beneficiaries of the social welfare network, who were an easy prey, to advance tax cuts and limit expenditure on social services. They also turned the public-private sector dichotomy into a cultural schism. After all, it was Karl Marx who stated in the mid-19th century that the state is the trade union of the bourgeoisie. That is, there is no dichotomy: the leaders of industry and the leaders of the state are two sides of the same coin, partners in the capitalist endeavor.

At the time, the main dichotomy was not between the state and the business sector, but rather between the bourgeoisie and the proletariat. The practical issue was about the identity of the working class´ trade union. This became the propelling force of Marx, Engels and others – unionizing workers and recruiting them to their political parties. It took a century, two world wars and a terrifying revolution to achieve a tangible gain – albeit a partial and somewhat pale achievement – the welfare state. A bourgeoisie initiative (introduced by German Chancellor Otto von Bismarck and British Lord Beveridge) that became the beacon and the practical platform of social-democracy.

Therefore, it is the state itself that is the trade union of both the capitalists and the workers (i.e., the citizens of the welfare state). In this context, the dichotomy is between the “social” sectors of government, including the Ministry of Health, the National Insurance Institute, and the Social Welfare Ministry, and the liberal or neoliberal sectors, the Finance Ministry and the Bank of Israel.

The business sector contends that once its obligations to the state and especially to the welfare state are waived, it will be able to fulfill its innate potential and become a “fountainhead” (in Ayn Rand´s words): a giant that is able to charm the economy and generate boundless growth.

More often than not, this turns out to have been an attempt to emasculate the welfare state and decrease the taxes funding it.

This short-term outlook is focused on an immediate bottom-line of profit and not a comprehensive perspective of the long-term political-social-economic context. A recent illustration: in 2003-2004, Netanyahu´s tax cuts benefitted local and foreign corporations. Some of these corporations managed to convince Finance Ministry officials to exempt them from paying taxes completely, while at the same time, the healthcare system as well as other service systems, were starved for funds.

We can safely assume that had these corporations paid higher taxes, the healthcare system would have been better prepared for a rainy day: nurses trained, doctors hired, acute care beds set up, ventilators and laboratory tests acquired. The system would therefore have been confident in its ability to handle a crisis, should thousands of patients be in need of ventilators — and not panic as it did. In such a scenario, there would have been no need for a prolonged lockdown that impaired the market and threatened the bottom-line of big corporations.

I termed it “short-term outlook,” as at present the losses of some capitalists are significantly higher than the “losses” that paying proper taxes would have caused them. Perhaps the capitalists know at the bottom of their hearts that Marx’s contention is still valid and that the state, their trade union, will rush to extend a helping hand. Obviously, it will not be called “help” but a “rescue” to make us believe it is not the result of shortsightedness but rather of an unexpected twist of fate.

The time is ripe to forego the public-business sector economic dichotomy. It is time for a comprehensive perspective that puts the interest of the public – the entire public – back on center stage. This should have been done before the corona crisis, but it is all the more important now.

// Originally published (in Hebrew) in Ma’ariv.

The Social Implications of The Corona Crisis: Shmuel, a senior citizen from Beer Sheba