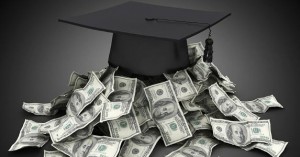 Over the past three decades privatization has made serious inroads, as parents, nonprofits, and commercial bodies – referred to as “market forces” – play a growing role

The Israeli school system still has a strong public infrastructure. Most of the teaching hours are financed from the public coffers and most teachers are employees of the Ministry of Education or the local authorities. However, over the past three decades privatization has made serious inroads, as parents, nonprofits, and commercial bodies – referred to as “market forces” – play a growing role.

Privatization is not only a product of the weakened public service network, but also a catalyst of it. With neoliberal social and economic policies, and a dwindling of public investment in education, the private sector has stepped up its involvement in funding and shaping education. And because private sector activity is rooted in family, sectoral, or business interests, the ability of the state to maintain control over the format and content of education is further eroded.

Privatizing education reflects a process of commodification: The introduction of market principles changes education from what was formerly considered a fundamental civil right – one that helps foster equality of opportunity – to a commodity – to be produced by those with means and acquired by the highest bidder.

Privatization harms the universal infrastructure of public schooling as it undermines the ability of the Ministry of Education to address the needs of all schoolchildren. Privatization also fosters both ethnic and cultural class divisions.

The Care Deficit: What it Means and How it Can be Reduced

Where is the Other Half of the Age Cohort? Twelfth graders who don’t matriculate