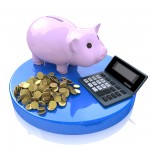 When the government divests itself of responsibility for housing, it provides an opening first and foremost for persons referred to in the Israeli media as “the investors” – Israelis whose income places them mainly in the highest income decile and whose savings enable them to compete with young couples over the supply of new housing, thus raising the price of home ownership. In recent years, “the investors” purchased between a fourth and a third of all new housing units.

From the standpoint of the state, housing, which was once considered a government obligation, has become instead a source of income. Between 2000 and 2014, while the budget of the Ministry of Housing and Construction decreased, the income from real estate taxes increased – from NIS 5.08 billion to NIS 7.78 billion.

Education provides another example. The Education budget, in contrast to the Housing budget, increased in recent years, the main component of that increase being salary raises for teachers, following wage agreements with the two teachers’ unions. Still, Israel’s public outlay on education (including higher education) was only 6 percent of GDP in 2012 – lower than that of the leading OECD countries when it comes to education, among them Denmark (8.7%), Iceland (7.8%), Sweden (7%) and Finland (6.8%). It should be noted that Israel has a higher percentage of young people in its population than the aforementioned countries and thus it might be expected to spend relatively more on education.

The increase in teachers’ salaries narrowed but did not close the gap in teachers’ pay between Israel and other OECD countries. It did not suffice to stop the spread of private funding in the school and university systems either. In 2014, the share of private outlays in total education (including higher education) expenditures was 21.4% — one of the highest shares among OECD countries, whose average was 16.1%. It is reasonable to assume that the same individuals whose real estate investments helped to raise the price of homes also contributed to the further development of private expenditures in education.

The Adva Center points to two possible sources of increased funding for social services in Israel: cutting the defense budget, which, it appears, will be possible only following a political settlement with the Palestinians, and raising direct taxes, a step recommended by, among others, The Bank of Israel.

Will the Corona Crisis Transform the World Order? No Way!
Israel between Corona and the Occupation
Helicopter Money: Food for Thought
Israel – A Social Report 2020: The Public Interest Needs to Return to Center Stage
Engines of Equality: A New Way of Looking at the National Budget