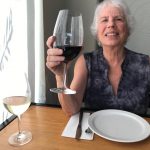 Barbara Swirski, the founder and first executive director of Adva. Today she is the director of Community Relations. Barbara is a sociologist and social entrepreneur: she was among the founders of the first shelter for battered women in Israel, in Haifa in 1977, and among the founders of the Adva Center, in 1991. She is a feminist and has written on women – among others, Daughters of Eve, Daughters of Lilith (1984), Women on the Israeli Assembly Line (1987), Calling the Equality Bluff: Women in Israel (1989 and 1991), The National Budget from a Gender Perspective (2009); and on the public health system, among othersThe Israel Equality Monitor: Health in Israel (1992 and 1998), Goals for Health Policy in the 21st Century (2001) , Working Today to Narrow the Gaps of Tomorrow (2010).