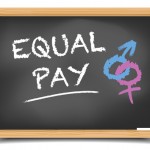 There is little public debate in Israel about the salary gaps between men and women. One exception to this is the annual marking of International Women’s Day, which occasions a flurry of articles about these gaps. Similarly, the annual report of the Finance Ministry’s Director of Wages, which contains a partial gender analysis, receives some media coverage. The data presented in this report, like others on the subject of gender wage gaps, reinforce the finding that wage gaps between women and men reflect structural discrimination, not isolated instances.

While monthly pay gaps between men and women derive partially from the fact that women generally work fewer hours than men, hourly pay gaps suggest two more factors at work. One is related to occupational segregation: For various reasons, women and men are concentrated in different professions, and those dominated by women generally have lower wage scales. The other factor is discrimination per se, which has several roots: the gender division of labor within the home and its implications for the role of women in the labor market; the prejudice of employers concerning women’s abilities and willingness to work; employment norms that perpetuate gender inequality, such as evaluating productivity by the length of the working day; and women’s lower bargaining effectiveness and tendency to prefer employment security over high remuneration.

Beyond basic legislation, whose effectiveness in reducing gender pay gaps is limited, no policies in Israel target the reduction of gender pay gaps. This contrasts with long-standing policies designed to increase women’s labor market participation as well as legislation that focuses on fair representation, mainly in the public sector.

Furthermore, the Israeli economy lacks transparency regarding the very existence of pay gaps. Although the annual report of the Finance Ministry’s Director of Wages includes a chapter on gender pay gaps in the public sector, the analysis remains insufficient. In the private sector, secrecy about salaries is the prevailing norm. This impedes transparency and constitutes an obstacle for women who wish to compare their salaries with those of their male colleagues. The idea of “corporate responsibility”, which trickled down to private firms in Israel over the last decade, further occludes the picture of gender pay gaps. Although some measures of the social responsibility of companies, such as the Maala Index, include comparisons by gender, such as the proportion of women on company boards, the figures are limited on the subject of salary gaps. Moreover, efforts made by the “Equal Pay” project to advance legislation that would require all employers to gather data on gender salary gaps ran into considerable opposition from private businesses and even the Ministry of the Economy.

This report seeks to illuminate the current situation with regard to gender salary gaps in Israel, and to review the existing legal structures designed to reduce them. A separate report will focus on policy recommendations to reduce gender pay gaps based on experience accumulated in other countries.

When a Feminist Initiative is Institutionalized: Gender Responsive Budgeting
The Cost of Occupation under Coronavirus
Behind the Numbers: How the Coronavirus Affected Women in Israel
Vital Workers in the Time of Corona
Israel – A Social Report 2020: The Public Interest Needs to Return to Center Stage