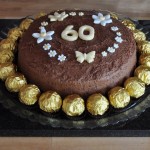 The various proposals to postpone the entitlement age for old-age and workplace pensions for women from 62 to 64 or 67 will leave many women over 60 without a decent income. This conclusion arises from an analysis conducted by Noga Dagan-Buzaglo, Etty Konor-Attias and Ariane Ophir from the Adva Center, based on an analysis of figures from the last three Population Censuses – 1983, 1995 and 2008.

The employment characteristics of women over 60 increase doubts about the capability of the Israeli labor market to provide a living wage for older women:

2. The biggest employer of women over 60 was the social services, employing 59 percent of women aged 60-64 and 61 percent of women aged 65-69. For women up to the age of 64, the educational services constituted the biggest employer, but for women 65 years of age and older, it was replaced by social welfare services, within which the most prominent occupation was caring work, which does not require any special training.

3. For women over 60, employment is characterized by two distinct poles:

a. One pole, the minority, comprising less than one-fourth of women aged 60-69, consists of educated women working full time in managerial or professional occupations paying relatively high wages – NIS 15,000 and up.

These figures point to the fact that most women over 60 who are employed work because they have no choice, as they probably do not have income from pensions, and if they do, the amounts are small and their main source of income is old-age pensions from the National Insurance Institute. The findings of the Adva Center thus support increasing the Social Security old-age pension and at the same time refrain from postponing the entitlement age for old-age and workplace pensions.

Vital Workers in the Time of Corona
Israel between Corona and the Occupation
Helicopter Money: Food for Thought
Persons at the Margins of the Economy Fall Outside of the Israeli Government’s Corona Aid Package
Equality in Times of Corona