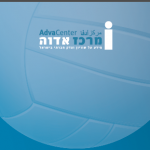 The gender audit of a budget and its preparation reflects how resources are divided between women and men, and to what extent this division meets the needs and priorities of women and men, as well as girls and boys. A gender analysis of the budget is a strategy for advancing the status of women and reducing gender inequalities in society.

Like the national budget, the municipal budget is ostensibly a neutral tool; it consists of numbers that describe income and expenditures, with no explicit mention of gender.

The goal of gender budgeting is to introduce social – and particularly gender – considerations into the planning and budgeting process. The gender audit of a budget can reveal the extent to which policies and budgetary allocations contribute to achieving greater gender equality. Examining the effect of policies and budgets on the social and economic status of women and men (from different age, ethnic, and socioeconomic groups) can contribute to an understanding of the roots of inequality. The various opinions, roles, and preferences of women and men are taken into consideration as well as any obstacles that may prevent women and men from equitably enjoying the programs and fully participating in social and economic life.

The results of the audit serve as a basis for making adjustments and changes where inequality has been found, ensuring greater gender equality in future budgets and programs. Gender budgeting contributes to a more efficient allocation of funds to social services, increases the transparency of the budgetary process, and enhances the democratic participation of both female and male residents in the budget-making process.

A gender audit of the budget addresses two main questions:
1. What are the differential needs of residents – men and women?
2. To what extent are these needs being met by political decisions, public services, and current budget allocations?

Behind the Numbers: How the Coronavirus Affected Women in Israel
Vital Workers in the Time of Corona
What Happened to 20% of Israel’s Citizens?
Adva Center Facilitates a Breakthrough: Social Changers=Long-Distance Runners
Central Government Subsidies of Municipal Budgets, 1997-2017