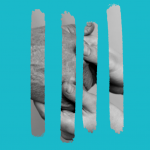 Care work is critical to the quality of life of every one of us and vital for the well-being of society as a whole. The work can be paid or unpaid, and it can take place in institutions such as hospitals and schools or in the family home and other private settings. Care work merges personal emotional relations with a moral commitment. For years, care work was considered the natural responsibility of women; indeed, in Israel as in many countries, women perform most care work activities – with or without pay.

In recent years, women economists in developed countries have been studying the need to invest in care work as part of the overall employment policy. This would mean moving from policies that rely on care that is market-based and sometimes exploitive, or on volunteer care work, to quality professional care performed for a fair wage, overseen and regulated by the state. An investment of this kind could address issues such as the care deficit – the growing shortage of care workers; gender inequality in the division of labor, paid or unpaid; employment segregation; and income gaps between women and men and among women themselves.

This document examines the care economy in Israel through the lens of international feminist scholarship. It focuses on two case studies: childcare and care for the elderly. Using these two cases, we examine patterns of public and private investment, and what is required to move to a care economy that promotes fairness. As part of this, we discuss unpaid care work that is performed primarily by women.

Defining the problem: The “care deficit” in developed countries

The “care deficit” (or the “crisis of care”) preoccupies many women engaged in research about the care economy. The term refers to the declining inability in developed countries to provide quality care to meet the needs of people, their children, their elderly parents, and other family members. The care deficit derives from a combination of factors evident in most western countries – the greater participation of women in the workforce and, at the same time, the aging of the population. Having more women in the labor market, some as household breadwinners, has generated a crisis in the caregiving activities within the family. This is compounded by increased life expectancy, which extends the length of time that older family members are in need of care.

Women economists globally have examined the impact of unpaid care work, sometimes termed “invisible work,” on economic life, well-being, and human development. A large portion of unpaid labor – particularly services provided within the family – is not defined as “productive” and therefore not incorporated into the national data used to define the Gross Domestic Product (GDP) – the primary measure of a country’s economic success.

According to calculations of the International Labor Organization (ILO) based on data from 64 countries, 16.4 billion hours of unpaid care work are carried out daily across the world. This figure is equivalent to two billion people working eight hours a day without pay. Were such services valued on the basis of the hourly minimum wage, they would correspond to 11 trillion dollars, or some 9% of global GDP. In every country globally, women do a disproportionate share of unpaid labor – three times more than men according to the ILO.

Unpaid care work has ramifications for women, particularly those working in care jobs for pay. The volume of unpaid care work and the unequal division of household labor constrains women’s workforce participation and the type of job they can hold. Hence the gender gaps in income and assets, but also women’s reduced bargaining power in the labor market and lower social security benefits and pensions. Unpaid care jobs, most of which are performed by women, are assumed to be low-skilled as they are seen as rooted in women’s “natural” work in the home. This undervaluation of unpaid care work leads to low wages and the ongoing decline in employment conditions for care jobs.

In Israel, as in many western countries, those employed in care professions suffer from a double disadvantage: They themselves are marginalized in the labor market and they are engaged in caring for those who are dependent and poor – populations lacking consumer power and generally marginal to public discourse.

To examine the economic benefit of investing in the care sector, the ILO conducted a simulation based on data from 45 countries whose aggregate GDP represents 85% of global GDP and close to 60% of the population worldwide. The combined employment in education, health, and social work in these countries amounted to 206 million employees in 2015, representing nearly 10% of the total workforce and corresponding to 8.7% of the combined GDP of these countries. The simulation analyzed what the care economy would look like in 2030 if the main variables remained constant – current coverage rates, quality standards, and working conditions – and how it would look if the current investment were doubled, while conforming to the UN’s Sustainable Development Goals and the ILO’s Decent Work Agenda. If the status quo scenario prevails, total employment in the care sector will be 358 million jobs in 2030; if the investment were doubled, the result would be 475 million jobs in the care economy by 2030.

The ILO recommends strategies for increasing the investment in care work, such as instituting a more progressive and transparent tax structure. This could mean, for example, taxing wealth more heavily than taxing consumption or work. Consideration could also be given, it notes, to exempting or substantially reducing taxation on care occupations and recognizing care-related expenses as tax deductions.

In recent years, feminist scholars and activists have considered policy alternatives that would fundamentally reorganize care services and their financial substructure. Some have called for a more expansive fiscal policy that focuses on sustainable growth and public investment in social infrastructure, particularly care services. The Triple-R model proposed by British economist Diane Elson sees recognition, reduction, and redistribution as key factors: recognition – making care work visible in national statistics; reduction – reducing the volume and drudgery of unpaid care work by improved technology and investing in social infrastructure such as health and care services; and redistributing unpaid care work by incentivizing it and encouraging men to take part.

The ILO expanded the Elson model and added two additional strategies: reward – a fair wage for care work; and representation – ensuring women’s participation in political and economic decision-making, and their freedom to unionize and conduct collective bargaining.

The case of childcare – between the family and the state

The paper examines Israel’s investment in childcare as measured against the model proposed by Elson and expanded by the ILO: recognition, reduction, redistribution, reward, and representation. It focuses on Israeli support programs that are inadequate and only serve children until age 3, such as maternity/paternity leave, childcare benefits, and public investment in childcare frameworks as well as lengthening the school day and after-school programs for preschoolers and young children (up to age 8).

Israel’s public investment in programs for children under age 3 is low compared to other countries and the OECD average. Public funding for these programs in 2015 amounted to only 15% of the total spent on them. Israel spends $2,713 annually per child under age 3 who is registered in a program (at purchasing power parity rates) compared to $12,433 on average in OECD countries.

For children aged 3-8, the care system is inadequate in terms of the length of the school day and after-school programs for preschool and lower-grade children (to age 8).

These reflect the fact that Israel does not universally invest in subsidized care systems, and has no conception of childcare as essential infrastructure for sustaining society as a whole.

A key feature of the care deficit is the undervaluation of this work, reflected in the low compensation paid to its workers. This subject is examined in two cases: preschool teaching assistants and daycare workers. Both these jobs generally employ women with little training, provide poor working conditions, offer limited opportunity for advancement, and pay a low wage that is not commensurate with the real social and economic value of the work. Teaching assistants and caregivers have been struggling for years to achieve recognition as educators and to improve their employment conditions and professional status.

The case of long-term care for the elderly

The paper also looks at long-term care within the community in light of the care deficit. This is particularly relevant in view of the increased life expectancy and the fast-growing elderly population in Israel, as in other developed countries. Meanwhile, women are increasingly employed in the labor market, and the ability to rely on informal, long-term care by female family members is in decline.

Some 87% of Israel’s elderly who are eligible for long-term care benefits live in the community. Therefore, we focused on home care for the elderly.

The Bank of Israel estimates that in 2015, the national expenditure on long-term care was NIS 14.5 billion, or 1.2% of GDP. National expenditure includes some NIS 7.7 billion from public coffers and approximately NIS 6.8 billion of private spending. Private spending is underestimated, however, because it does not take into account the cost of informal care, i.e., the monetary value of the time invested by women in caring for family members.

Public expenditure on long-term care as a percentage of GDP is low, even taking into account the low proportion of elderly in Israel. In 2014, this expenditure amounted to 0.4% of GDP in Israel, while OECD countries averaged 1.4% of GDP that year.

The main factors explaining the care deficit of the elderly living within the community in Israel are low long-term care benefits, limited services, dependence on family members for care work, and the formal care system’s reliance on low-paid, untrained staff, which leads to an ongoing shortage of caregivers. Another factor is the reliance on foreign caregivers brought to Israel and employed under poor working conditions.

The National Long-term Care Program approved by the Israeli government in 2018 addresses some aspects of the care deficit: It increases public spending and the amount of the benefit, and it allocates resources to expand services, thereby having the potential to ease the economic and care burden on households. Nevertheless, it does not grapple with the critical shortage of home care workers or their poor pay and working conditions, which make it hard for companies to recruit new care workers.

The primary recommendations drawn from this paper would strengthen the system of care services while significantly increasing public investment in them.

מס עושר? בוודאי, אבל לא רק
Public Survey: Is Israel´s control over parts of the West Bank beneficial to Israel’s economy?
Taxation as an Engine of Equality
Some are More Equal than Others: A Public Survey on the Government´s Preferential Treatment of the Settlements
Hidden Figures in Israel: A Gender-Sensitive Approach to the Corona Crisis